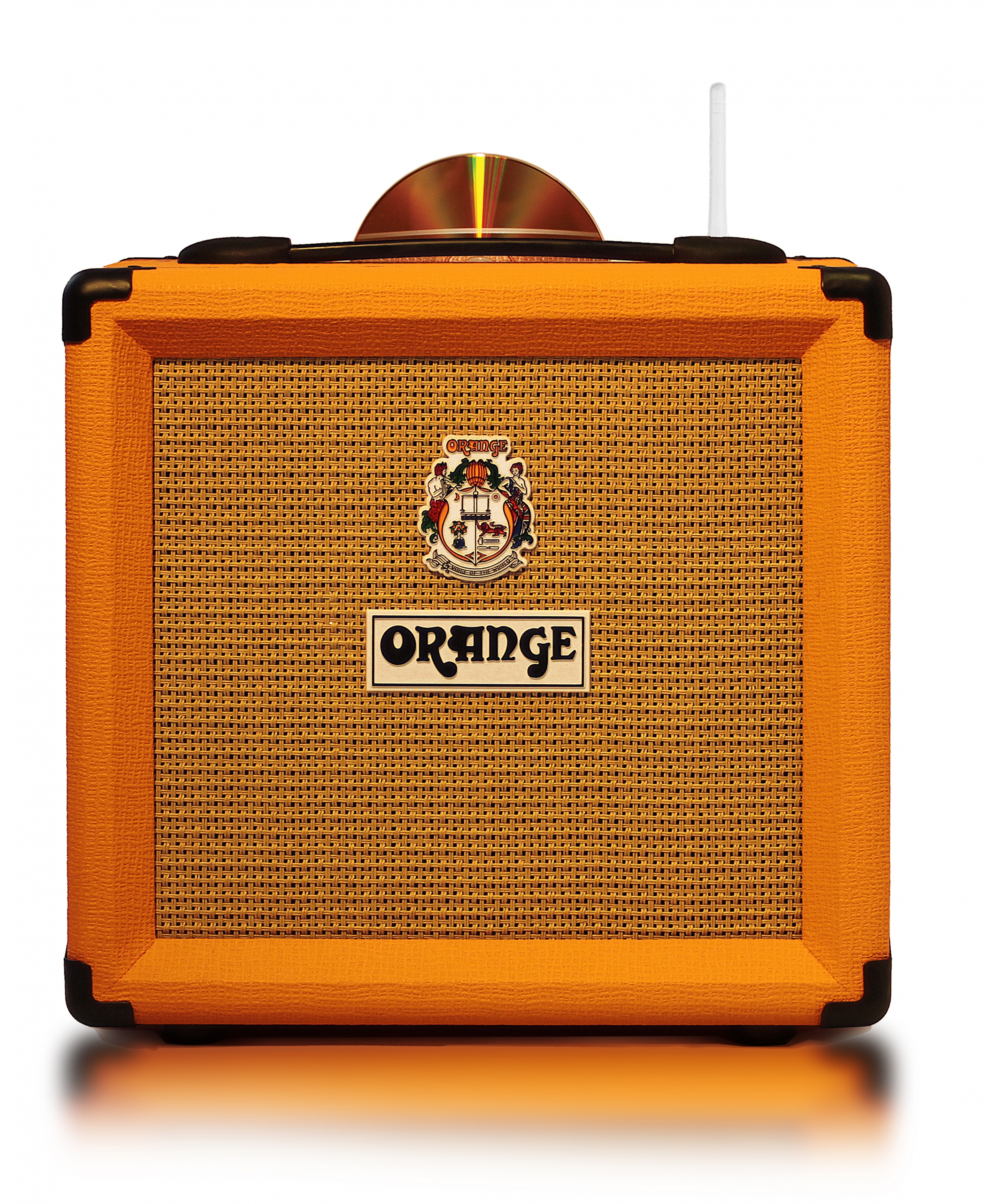 I’ve always been interested in building computers and media centres. A few years ago my dad, (Charlie is Cliff’s youngest son) brought back some old 1970s Orange cabinets and we didn’t really know what to do with them. Then I came up with this idea of building an entire computer to be housed in an Orange cab, and putting a TV on top. When it was built everybody thought that it was a really nice looking media centre.

In 2007, I read that VIA Technologies had announced a new form factor called ‘Pico-ITX’ which enabled system builders to make much smaller computers. However, Pico-ITX was limiting in performance and expandability, so after lots of research, I decided on an ‘ITX form-factor motherboard’ which featured one of the first Intel Atom processors because, for me, they were the fastest processors you could easily get in a small motherboard at the time.

I made a proof-of-concept OPC whilst I was at university using a hammer, glue and a broken Orange Crush 10 amplifier. This OPC was simply a basic Intel Atom-based computer fitted inside a small Orange Crush cabinet. I then used it at my student house as a portable media centre hooked up to my TV . After that I showed people at Orange headquarters what I had done and what I now wanted to do.

The reaction of some staff at the time was hesitant because they felt that, as a product, the OPC was too different from what Orange do. And yet, others embraced the idea enthusiastically. But in general people wanted to see how this concept could be developed and so the OPC went though various revisions and improvements until we finally had an almost release-worthy prototype. We were excited about what we had created but we weren’t sure if we were getting excited about a product that the public just wouldn’t ‘get’- after all, why had no other company done this before?

We took the OPC along to the Musikmesse 2010 exhibition in Frankfurt where, in confidence, we showed it to people from the audio industry saying “we’ve made something different, what do you think?” The response was amazingly positive after showing various demos. Premier Guitar magazine managed to twist my arm into recording the OPC for YouTube and for their magazine. Previously, other magazines also wanted to film the OPC but we had said ‘no’ because we weren’t yet confident enough about the product to show it to the public. But by the end of the show we were amazed that people understood the product for what it was and loved it.

A few weeks later, the OPC video went out on the internet and became one of the most talked about gadgets from the Frankfurt show. So much so, that various companies including Intel got in touch wanting to help me put faster and better hardware inside the OPC.

From time to time, you might well hear about the various ‘music computers’ out there. But the interesting thing is that they don’t seem that much different from your average computer, well… compared to what we’ve done. The exciting thing about the OPC is that it actually looks like it’s geared for music – which it is – and you really do have more fun making music with it, because there’s no worry or hassle over desktop space, interface configuration, speakers, software, plug-ins and so on… for the first time ever this was all sorted out and available in the same box. 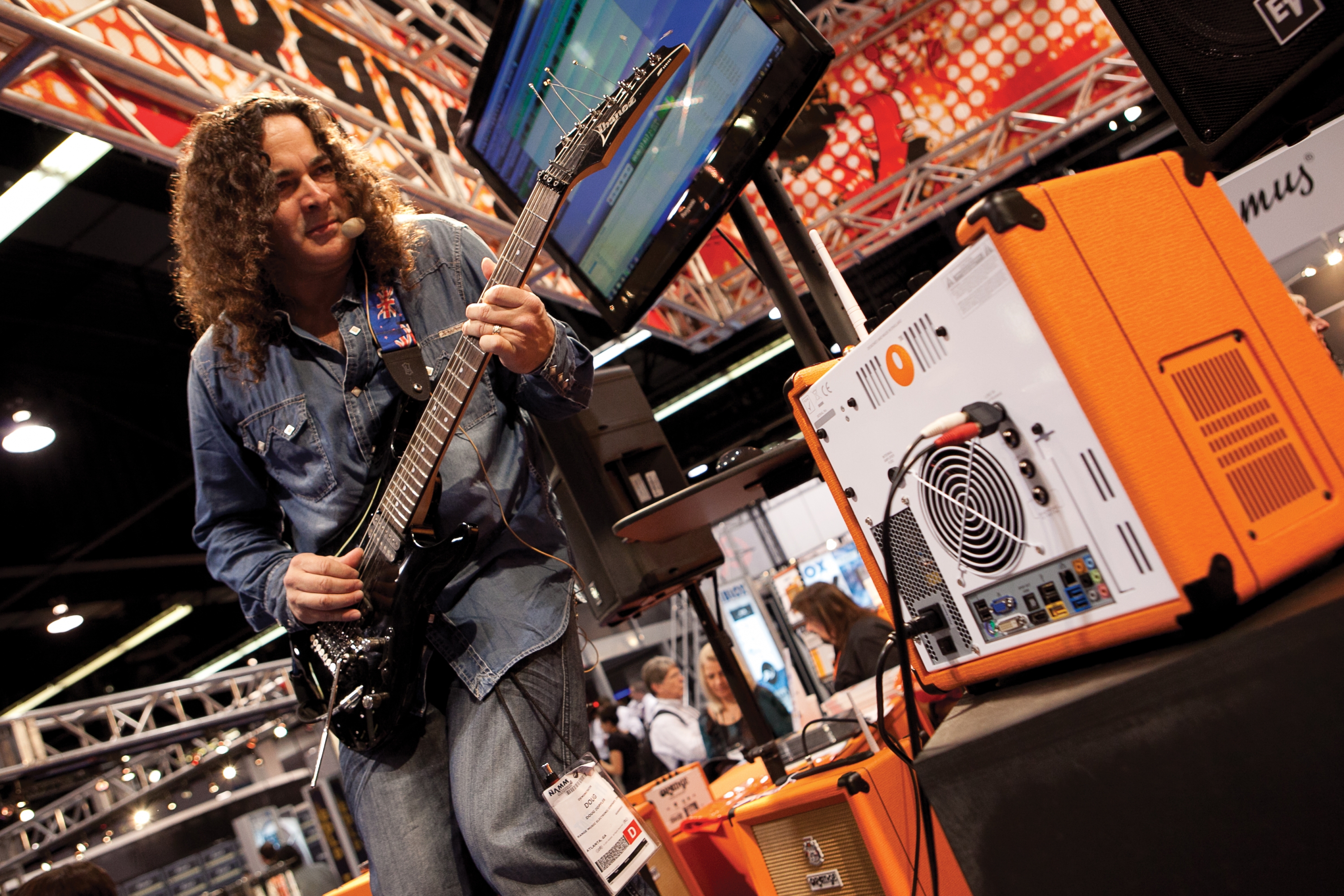 Intel approached us to use our OPC to demonstrate their latest generation of processors – code-named ‘Sandy Bridge’ – at their booth at the CES 2011 show in Las Vegas. We decided it would be a great opportunity to demonstrate the low latencies and high performance of the OPC by inviting Orange endorsee, Tiago Della Vega, to break his own world record in the Guinness Book of Records as the fastest guitarist in the world. He did this at the Intel booth by playing ‘Flight of the Bumble Bee’ by Rimsky-Korsakov at 340 BPM [Beats Per Minute] using the OPC. It was amazing to watch and so successful. 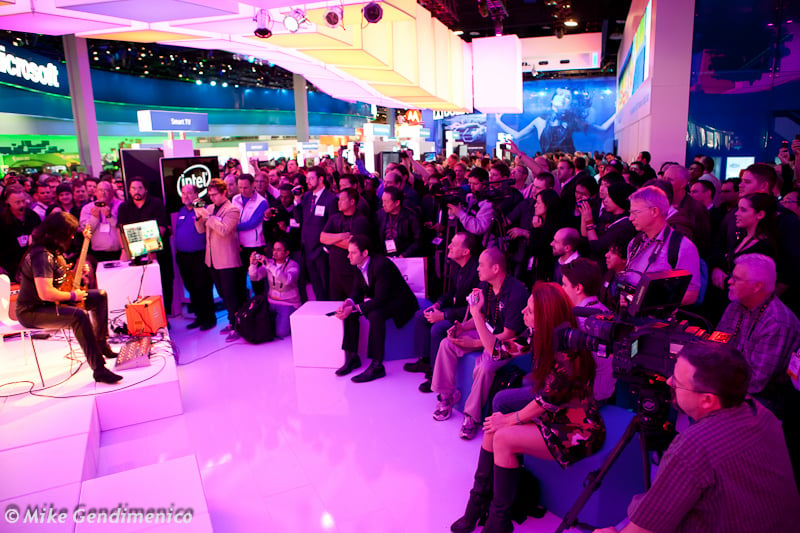 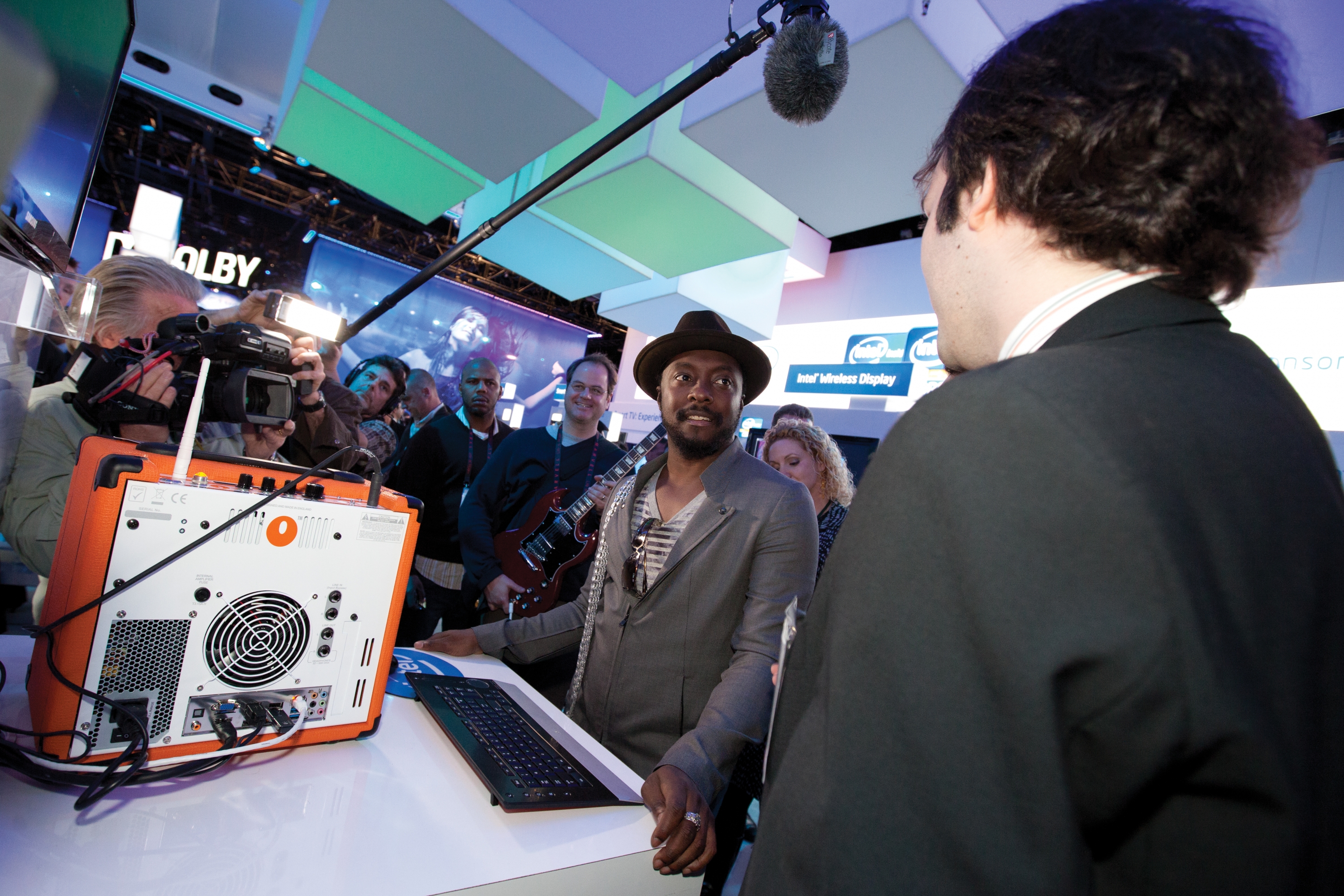