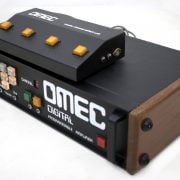 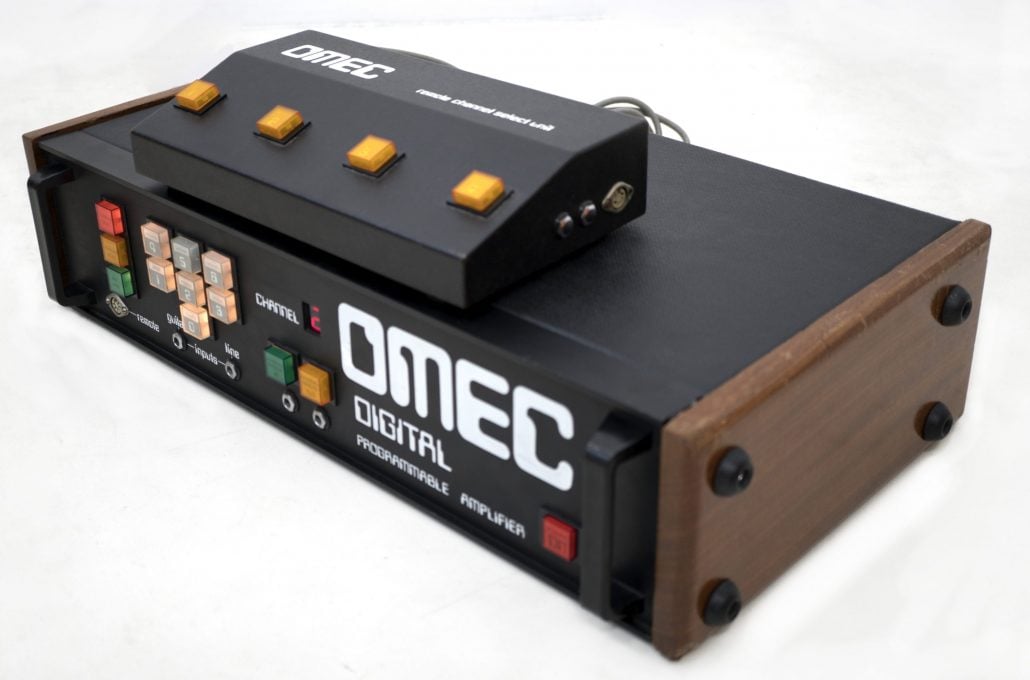 A world first. The OMEC Digital

“I designed the OMEC amp in 1974/75. Before that, I spent a few months as a student fixing amps part-time in the Orange Shop’s basement, and then worked with them full-time for about one year – my first job. The brief was to “design a computerised amp”. With some computers costing upwards of a million pounds and needing their own building and air conditioning plant, a few compromises were necessary.

Some weird new-fangled things called microprocessors were beginning to appear in the early to mid-1970s, but they needed a lot of “support chips” to make a useful system. Smaller single-chip microcontrollers existed for things like calculators, but they were permanently mask-programmed … the tooling costs were huge, and they were only affordable if manufactured in big quantities – hundreds of thousands.

The only sane way to do this job was with SSI and MSI [small and medium scale integration] logic chips. The choice was between TTL [transistor-transistor logic] which was power-hungry but easy to get hold of and well proven, or a new technology from RCA called COS-MOS, which used hardly any power but also had a habit of self-destructing due to static damage.

COS-MOS was too risky at the time, but that technology led to today’s CMOS microcontrollers, with built-in static protection, low power consumption and millions of transistors on a chip – one of those could handle the whole job for a few dollars. So, the OMEC Digital amp was really a digitally controlled analogue amp. Real DSP was a couple of decades away. The left-hand digital half of the board allowed numbers for each parameter [volume, bass, mid, treble, reverb, compression, and distortion] to be stored in memory for each of four “channels”.

Those numbers could be recalled by selecting a channel either from the front panel or the footswitch. The memory controlled the audio circuitry on the right-hand half of the board via analogue switches.
But there was a slight snag: TTL is so power-hungry the memory took almost an amp at 5V, so all the settings were forgotten if the power was switched off! A back-up battery was added to protect against brief power cuts, but it only lasted for half an hour or so.

Here was an idea before its time, I’m afraid. It was innovative, but there wasn’t a knob that went up to 11. I doubt that it was financially viable without investing a large amount of money. Months later the Z80 and 6502 microprocessors appeared and spawned the personal computer industry. The rest, as they say, is history.” 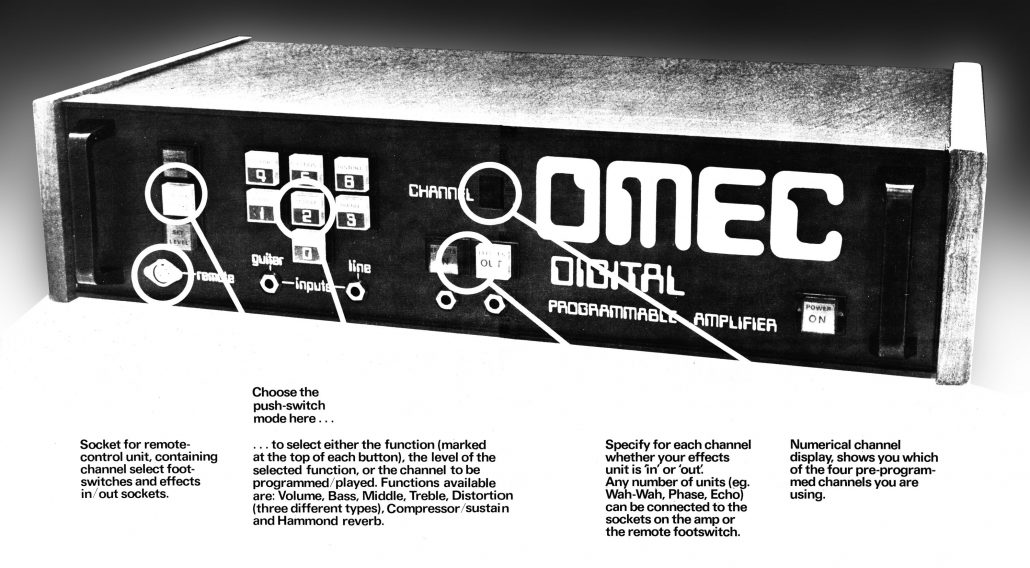