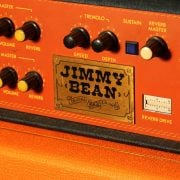 “At the time, everyone was wearing jeans, so we thought the Jimmy Bean idea might start a new trend in amplifier styling. I recall that trying to source the denim jean material and leather for the cabinets wasn’t so straightforward. We wanted the name-plate to look like the brown leather label on the back of a pair of jeans. But in the end we opted for engraved brass and real leather end panels.” 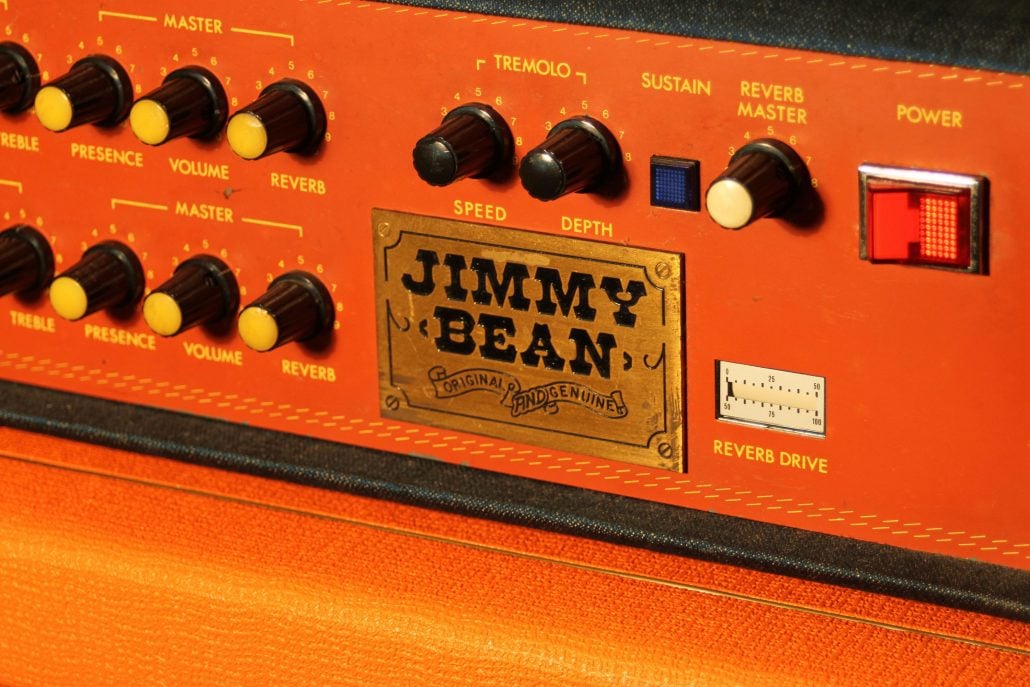 “I’ll never understand why Jimmy Bean didn’t do well. The stack looked great and the amp was portable and very versatile. It was a twin channel model which featured a tremolo and switchable sustain circuits. I always had a gut feeling that we should have made it a valve amplifier.” 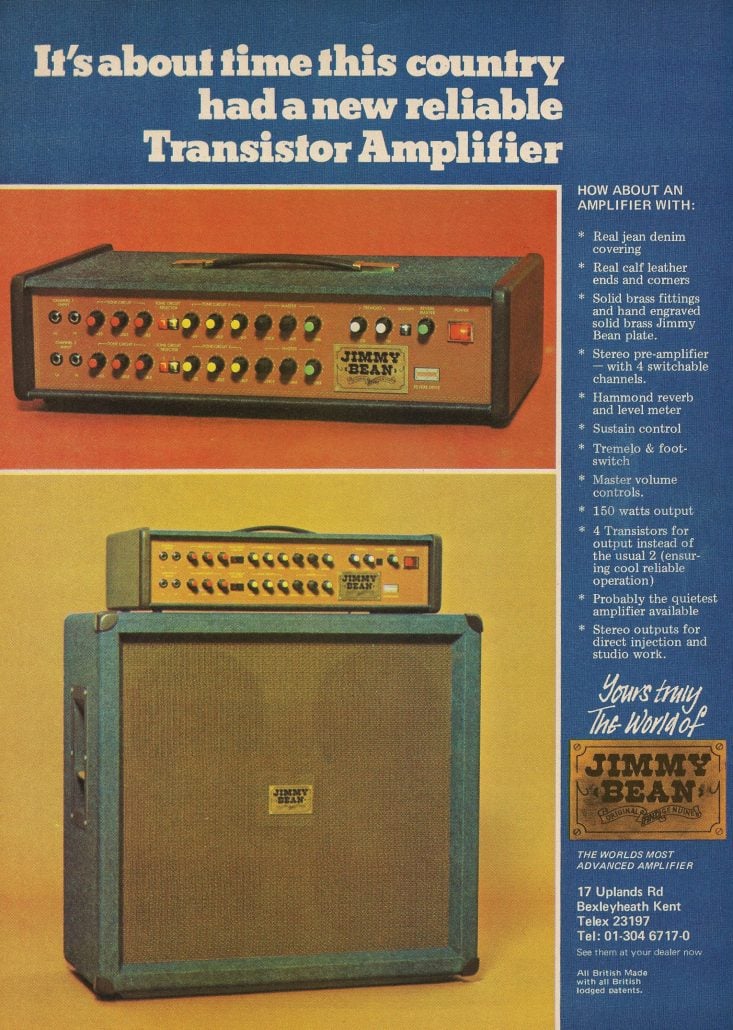 “The Jimmy Bean Voice Box was a big success, however; nearly everybody used them – Stevie Wonder, Jeff Beck, Joe Walsh, Peter Frampton all used voice boxes. John Miles used the Jimmy Bean Voice Box on ‘Slow Down’ which went to Number Two in the Billboard charts. The Voice Box was connected between the instrument amplifier and loudspeakers. When the footswitch was pressed down, the sound output was diverted from the speakers to a high-powered transducer inside the unit that projected the sound up a clear flexible tube. The tube was attached to the microphone stand and inserted into the performer’s mouth. The guitar sound merges with the performer’s vocals and is then picked up by the microphone and amplified by the PA system.” 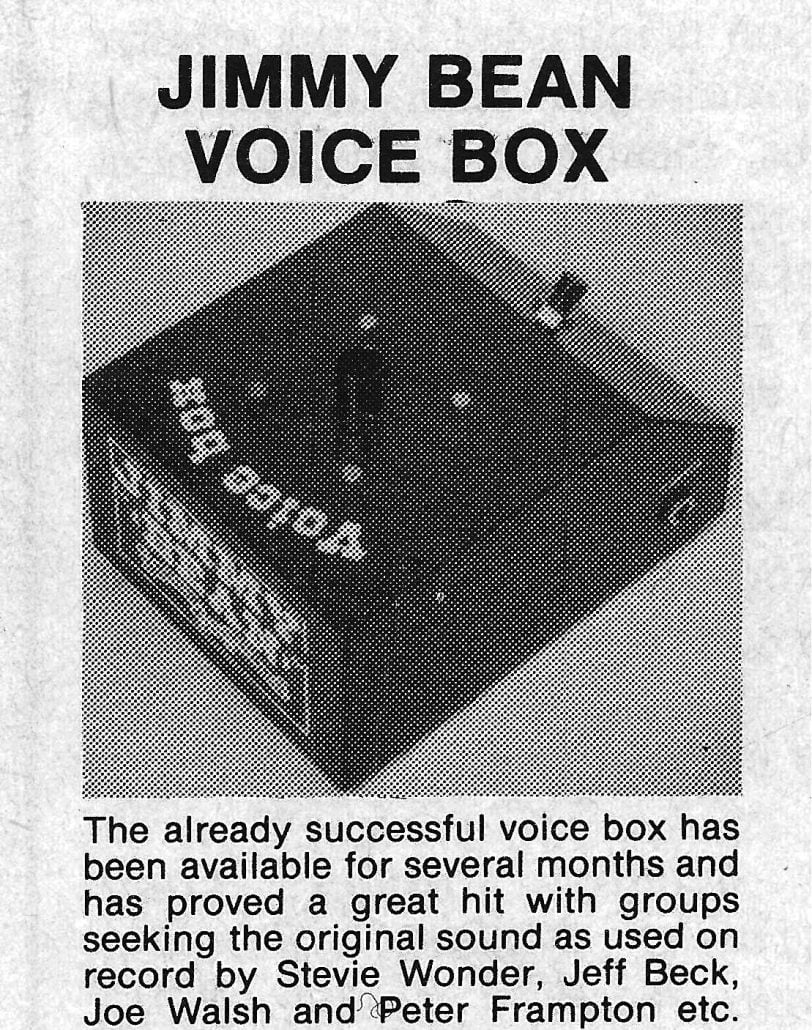