Landing the deal for Orange equipment to be used exclusively onstage at the MIDEM shows was a real coup for us…. It was where Stevie Wonder first tried and loved our amps, and in effect launched Orange onto the world stage.

The guy who actually started it back in 1967 was Bernard Chevry. I can’t remember how I first got in contact with him, but he was looking for a company to supply amplifiers and a public address system for MIDEM. Bernard asked me to fly over to Paris where his business was based. The deal I put to him was a three-year contract to supply all of the equipment for the festival at a fee of $20,000 each year. That was a lot of money in those days. We sent the equipment over in two large Mercedes trucks, along with studio technicians and engineers. 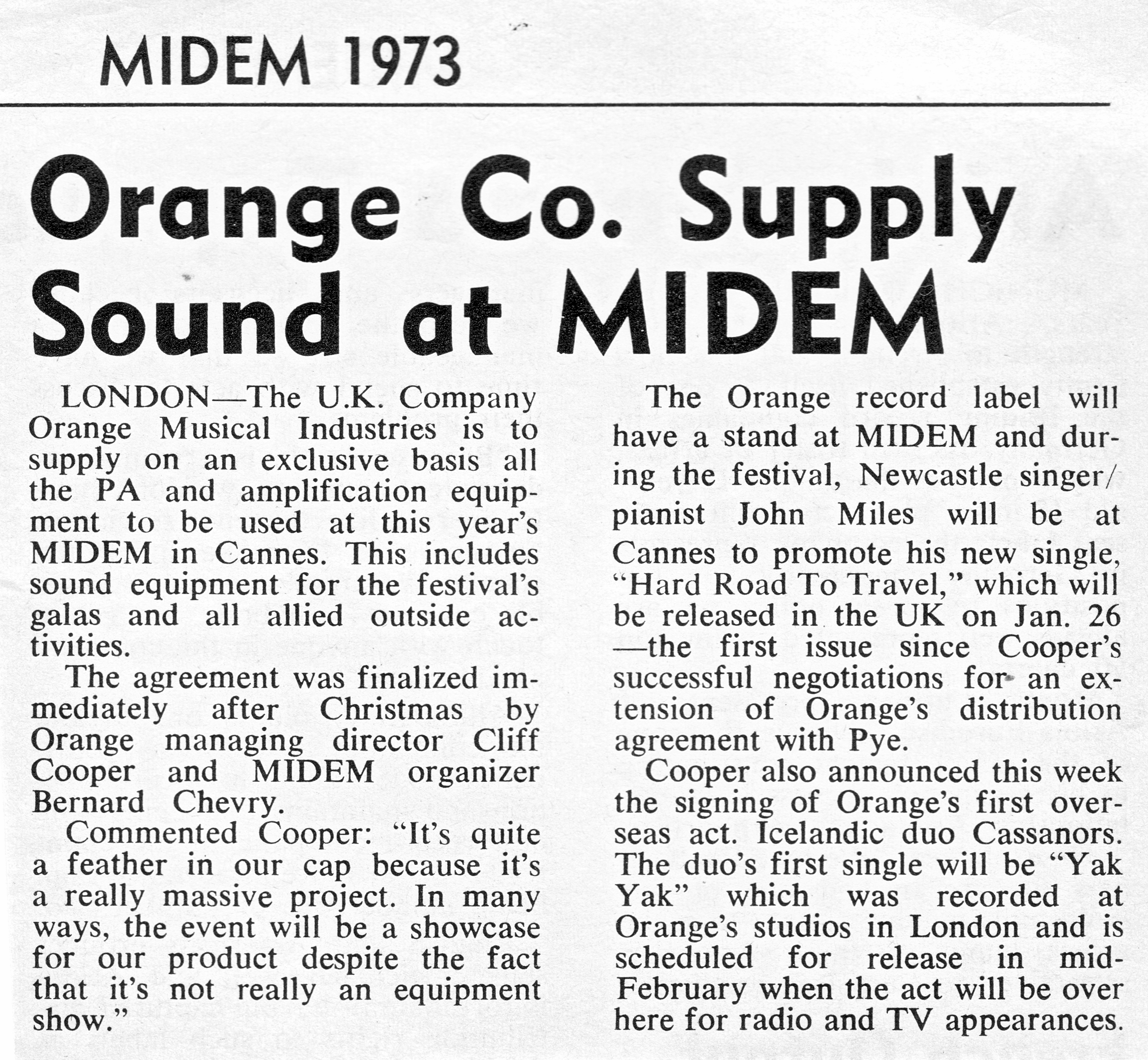 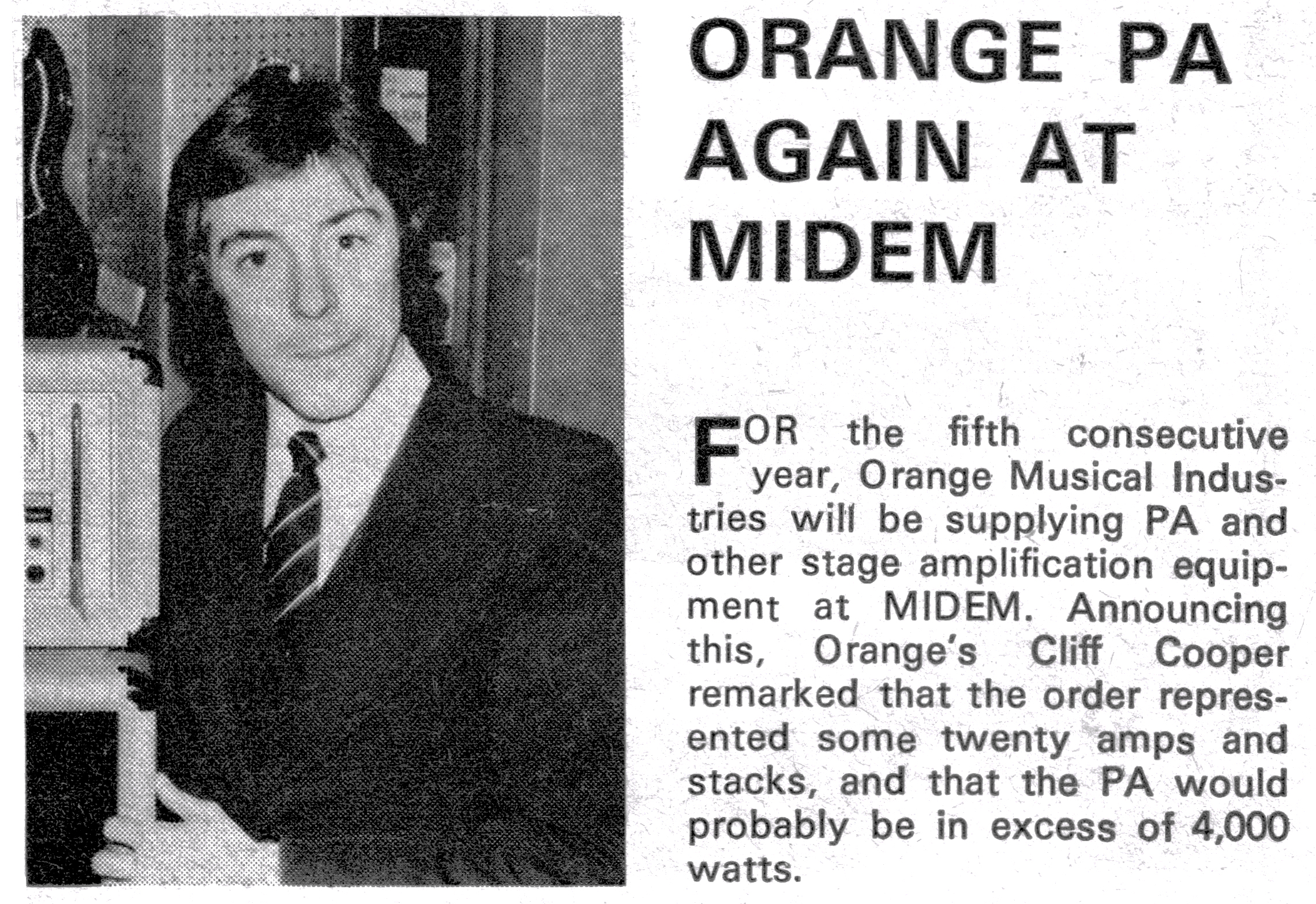 The central focus at MIDEM was the theatre, where world-class stars would stage special shows promoting their latest records to all sectors of the music industry. To my delight, in the very first year, Stevie Wonder – one of my favourite artists – performed. I met him and invited him to come and visit Orange Studios when he was next in London. Stevie took me up on my offer and recorded some demos. That was how our association and his subsequent endorsement of Orange started. There’s no doubt in my mind that it was Stevie who really promoted Orange worldwide and helped us to earn our title ‘Voice Of The World’. 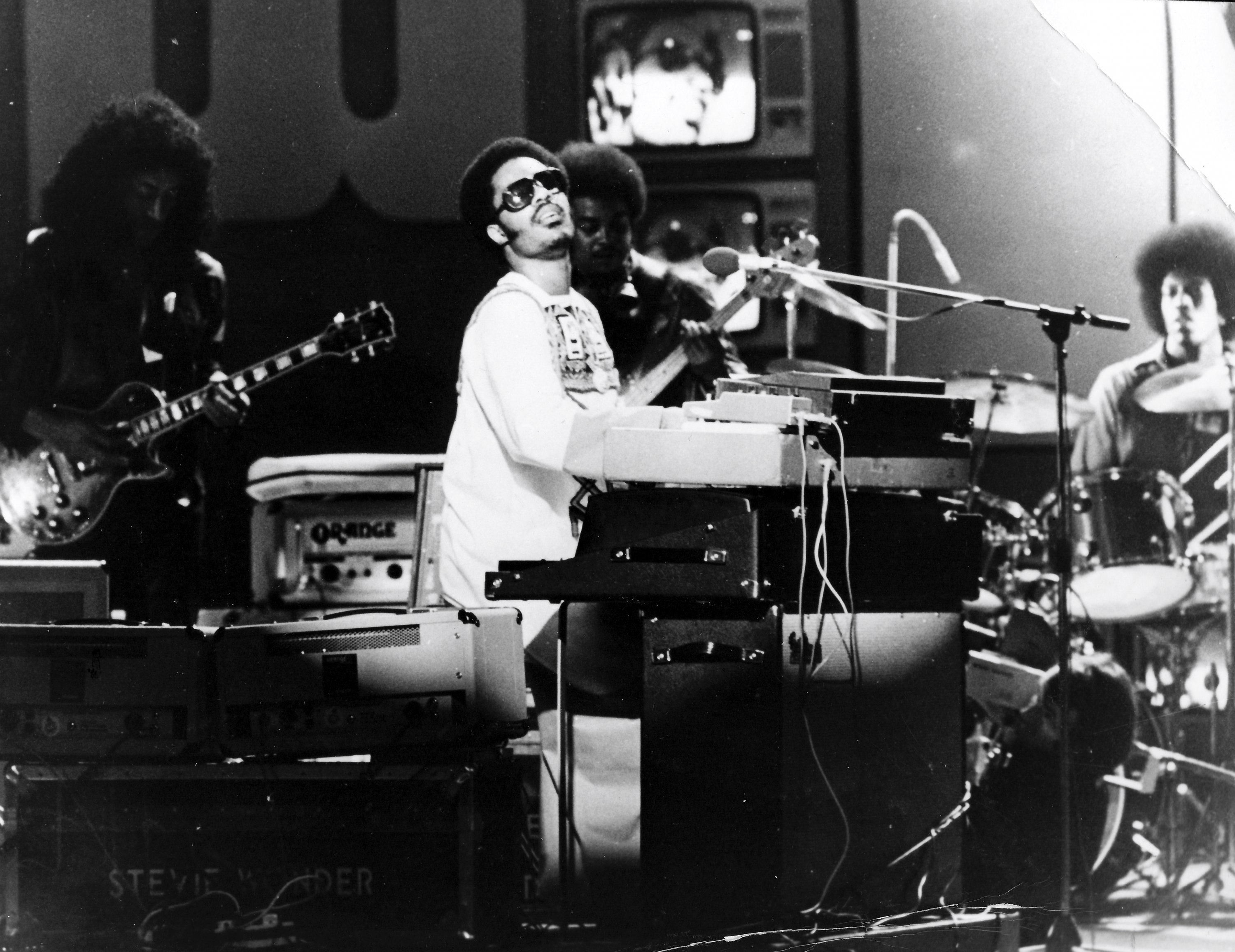 Stevie Wonder with Orange at MIDEM