Orange Hire was created to provide the PA and backline for larger venues and the big outdoor summer festivals such as Reading and the Isle of Wight. The fleet of Mercedes 405D vans were converted into state-of-the-art hire vehicles. They were radio-equipped and had full amp repair facilities fitted. 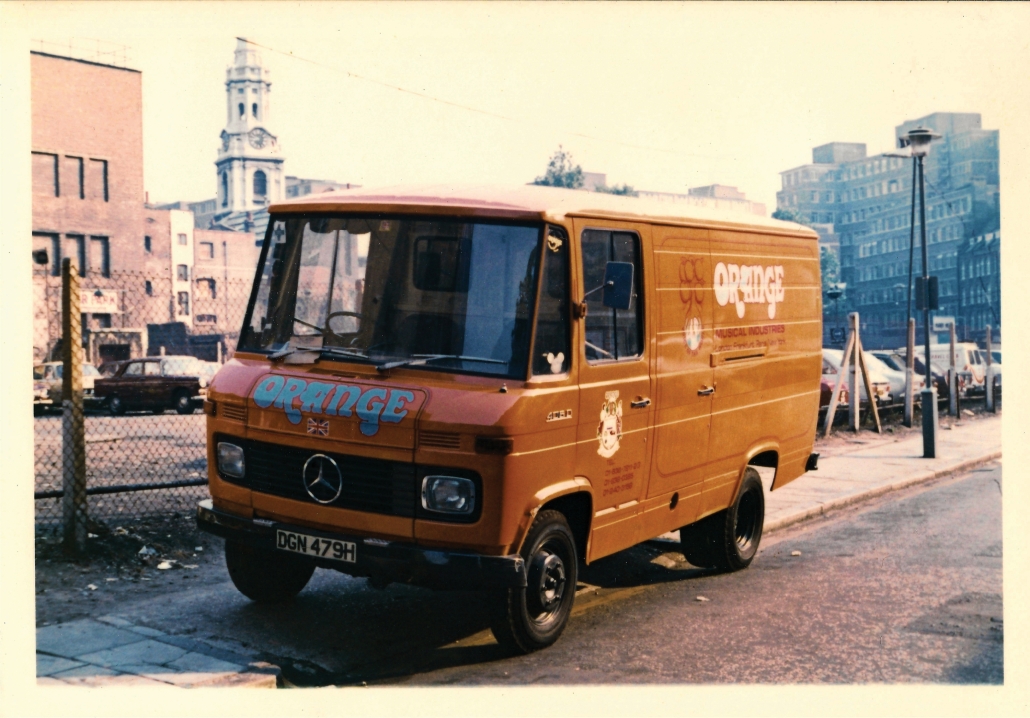 A workshop on wheels. Orange had a fleet of these Mercedes vans.

Colin Norfield and Alan Radcliffe were the roadies for Orange at the time and they were interviewed in the London Evening Standard describing the kind of things they dealt with. It’s a hard life eh? 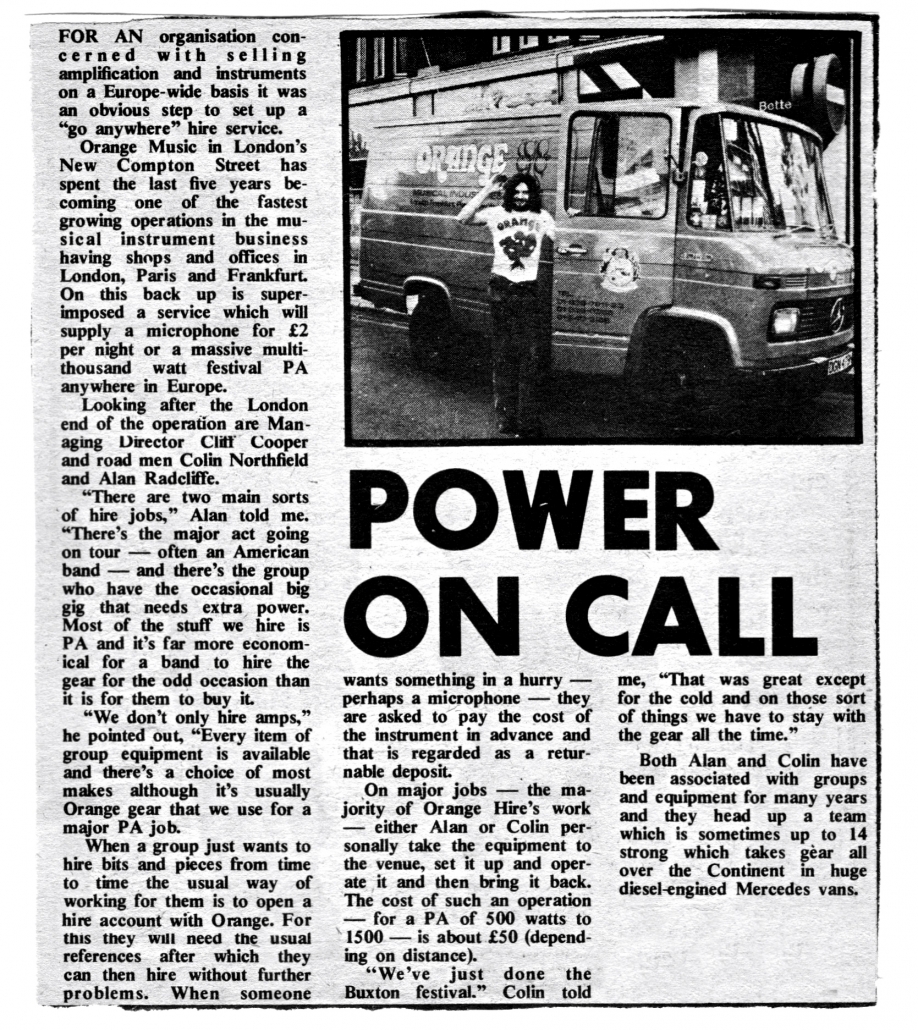 Watch the interview with Colin Norfield

Orange Hire at the Munich Olympics

In early 1971, we formed a company in Germany – Orange GMBH [GMBH is the German equivalent of ‘Ltd’ in England] – and opened an office in Frankfurt near the Hauptbahnhof main railway station. We secured a customs-free warehouse and then utilised this company as a springboard to boost our sales in Europe. This led to signing a deal to provide PA equipment for music at the Olympic Games in the Munich Stadium. That was a fantastic opportunity and the publicity led to greatly increased business for us throughout Europe. 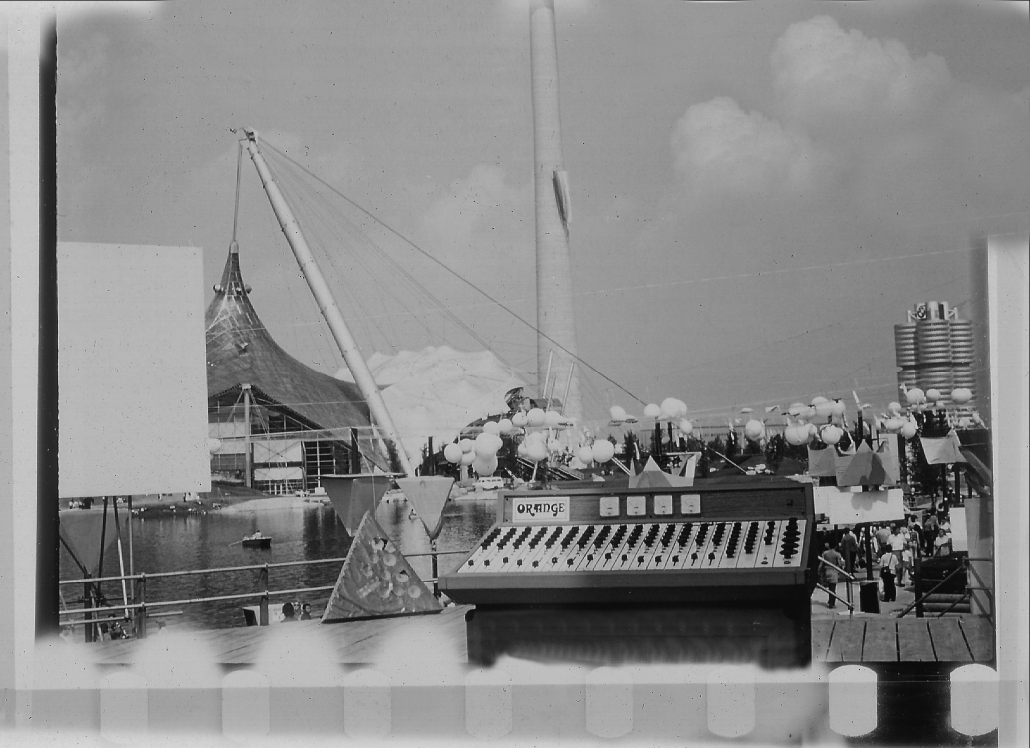 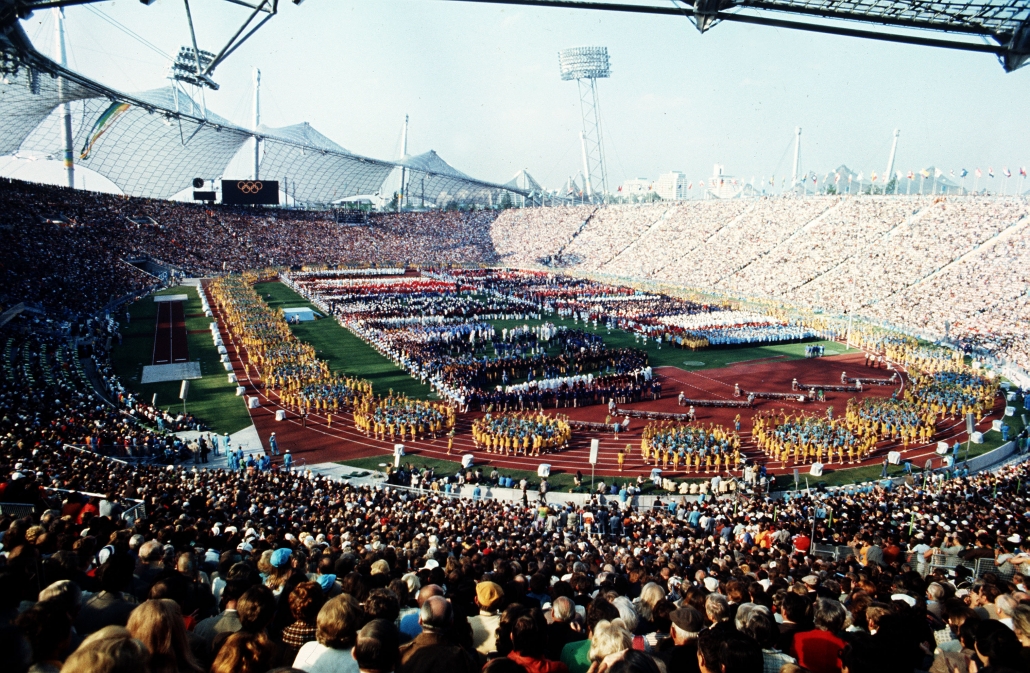 Sport, 1972 Olympic Games in Munich, A general view of the Opening Ceremony in the Olympic Stadium (Photo by Popperfoto/Getty Images)

Matt Pike and Orange Amps at Desertfest 2018
Scroll to top